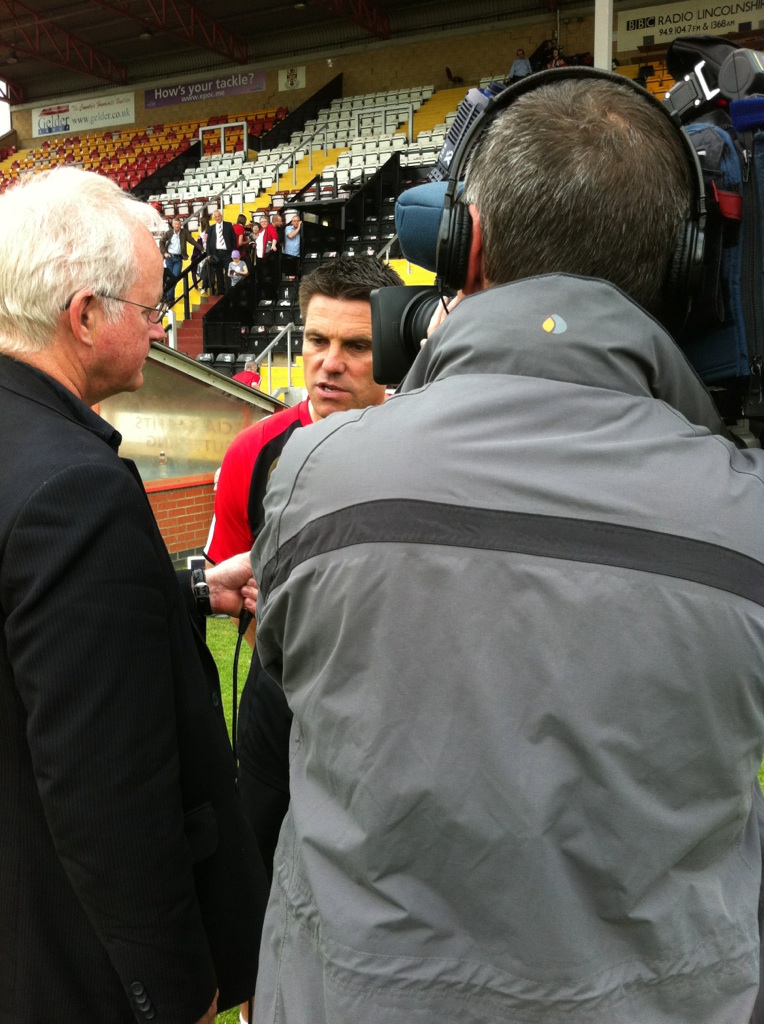 It was a sad day at Sincil Bank yesterday as Lincoln City lost to Aldershot Town 3-0, condemning them to relegation.  It was the eighth defeat out of the last nine games, prompting manager Steve Tilson to state “We simply weren’t good enough.”

This means Primetime Media’s coverage of the fortnightly home game at Lincoln City has come to an end.  It’s a sad day for cameraman Simon White who has been a steady feature at the grounds for nearly 20 years!  But who knows he could be back in three years time if Lincoln City manage to return to the Football League.

We would like to wish Lincoln City lots of luck for next season.