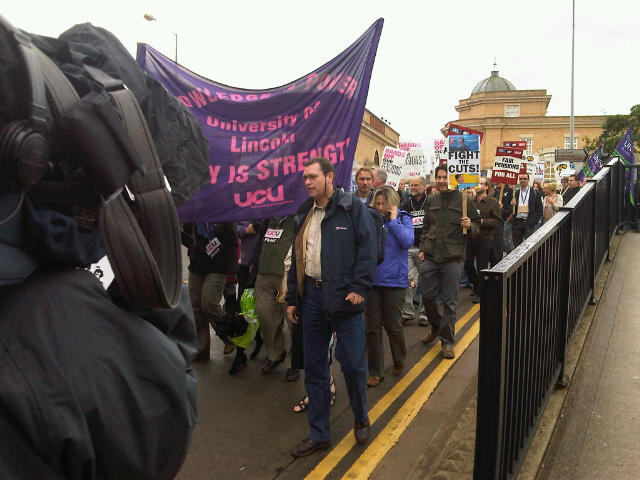 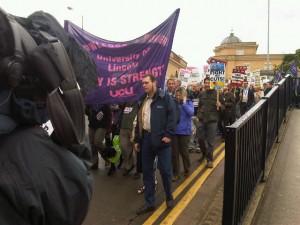 Tens of thousands of workers left their classrooms and offices today to protest about the latest changes to the pensions. Primetime Media cameraman Simon White was on the streets recording the peaceful protestors who were equipped with banners and a message of “no ifs, no buts, no pension cuts!”

It’s the most serious challenge levelled at the coalition government yet.  They have stated that the current pension set up is simply unaffordable.  So they want public sector workers to pay more into their pensions and work for longer.  Having increased redundancies and spending cuts, the new pension reform seems to be the last straw for the nations teachers and civil servants.

For more on this story and all the regions news visit www.itv.com/yorkshire.