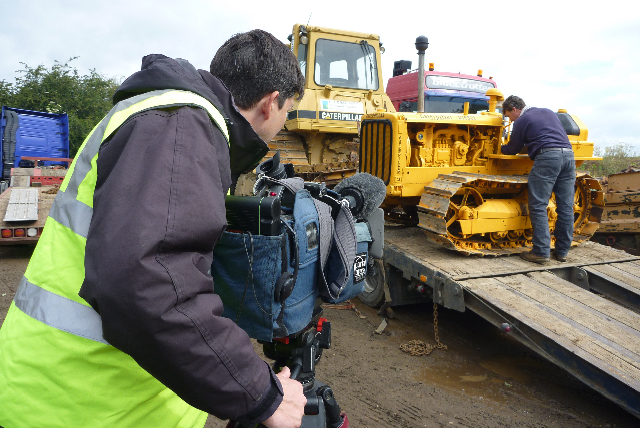 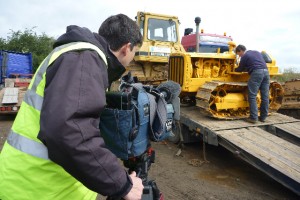 Primetime’s cameras have been busy this weekend in a Quarry at Sibbertoft, Leicestershire where a dozen Caterpillar bulldozers, diggers, and scrapers have been in action. The event was organised by the Link Club, which is an independent club of enthusiasts with a strong interest in the products of the Caterpillar Tractor Co. and its associated organisations.

This is the second time that Primetime have filmed here. The first DVD programme, Mad About Classic Plant, was produced in 2011 and was a hit with machinery and plant enthusiasts. This year’s event was almost cancelled because of the bad weather, but by the time the first machinery started to arrive the wind and sun had already started to dry out the former quarry, which is now used for 4×4 off-roading. 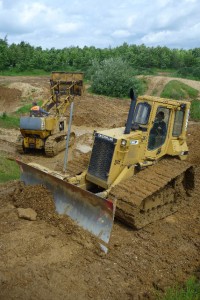 A few drainage channels were cut by Paul Badger and his Caterpillar D6C to help move the water from the flooded areas in the Quarry, but the extra mud though did make for some superb shots of machines at work! The object of the weekend was to use the Caterpillar machinery to restore and improve the off-road 4×4 course.

The Primetime team used a total of five cameras at the event, fitting miniature ones to many of the machines to get exciting driver point-of-few and close up shots of the machines in action. Alan Stennett was also there to talk to the drivers about their machines and learn about their history. The new DVD will be released later this year and will be advertised in the plant magazines and on Primetime’s new look sales website: www.primetimevideo.co.uk.  For more information and release date contact Primetime on 01205 750055.