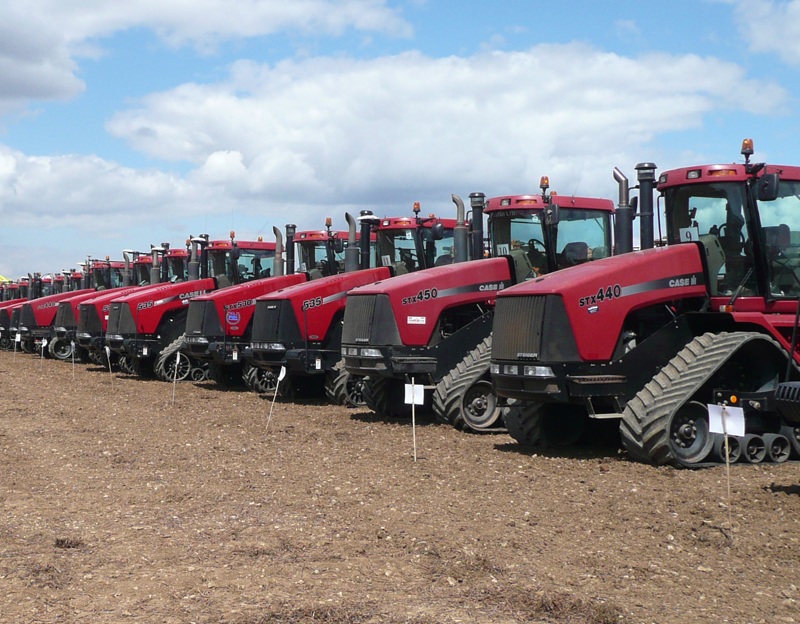 Primetime’s Steve White and Alan Stennett were busy this weekend documenting the record attempt to get 50 Quadtracs cultivating at the same time.

Welton farmer, Helen Rainthorpe, was looking for an idea to raise money for a cancer charity in memory of her father John when one of her farm staff suggested trying to set a record for the largest number of the giant four-tracked articulated Case Quadtrac tractors all working in one field. 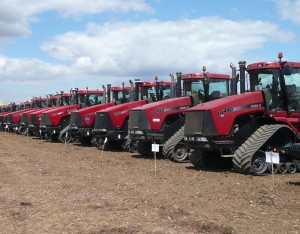 Guinness World Records were contacted and after negotiations carried out by Gordon Cummings of Louth Tractors, a figure of 30 machines working simultaneously for five minutes was accepted as enough to establish a new record.

The date was set for July 28th on a field at Helen’s West Hall Farm at Welton Cliff, but the appalling weather earlier in the year meant that the oilseed rape crop could not be harvested in time. Fortunately, Hemswell Cliff farmer Graham Rowles Nicholson stepped into the breach with an offer of a field recently cleared of peas on his land, and the record attempt was on.

Farmers from all over the county, and as far afield as Aberdeen and Bristol, rallied to the cause and on the morning of the event 50 of the massive machines – worth something in the order of £10 million – lined up at the end of a field. About 25,000 horse-power – more than the total power of the full grid of Formula 1 racing cars at full throttle – roared into action and, for seven minutes and forty seven seconds worked their way up the field. A new record was established, over £10,000 raised for charity and Helen was ecstatic. “We did it! A huge thank you for all the support and the turnout today – it’s been incredible!”

Watch out for Primetime’s DVD of the event coming soon on www.primetimevideo.co.uk