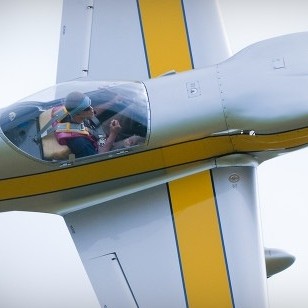 Tom and Primetime’s Joanna White worked together to fit GoPro cameras in the cockpit and on the wing, and Joanna recorded ground to air footage of his practise performances at former RAF Binbrook Airfield, using Primetime Media’s specialist x2 Canon Lens and professional camera. Tom suggested a number of music choices, finally settling or ‘Lump Sum’ by Bon Iver, which Joanna edited with the video footage before out-putting to HD file for Tom to upload to online video sites, while also providing him with DVD copies for publication use. We hope you agree the finished video brilliantly showcase his world class abilities! We also provided professional photographs (below) for his website and use in advertising literature. About Tom: He was placed fifth in the world at the Advanced Aerobatic Competitions last year – a remarkable feat for his first attempt at international level. To find out more visit: http://www.bennettaerobatics.com 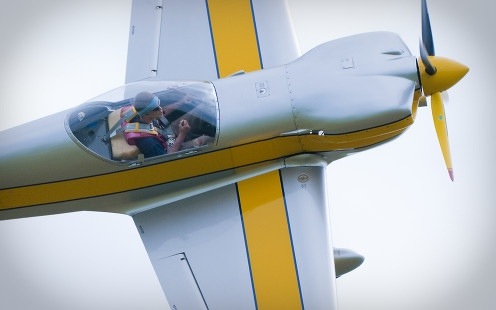