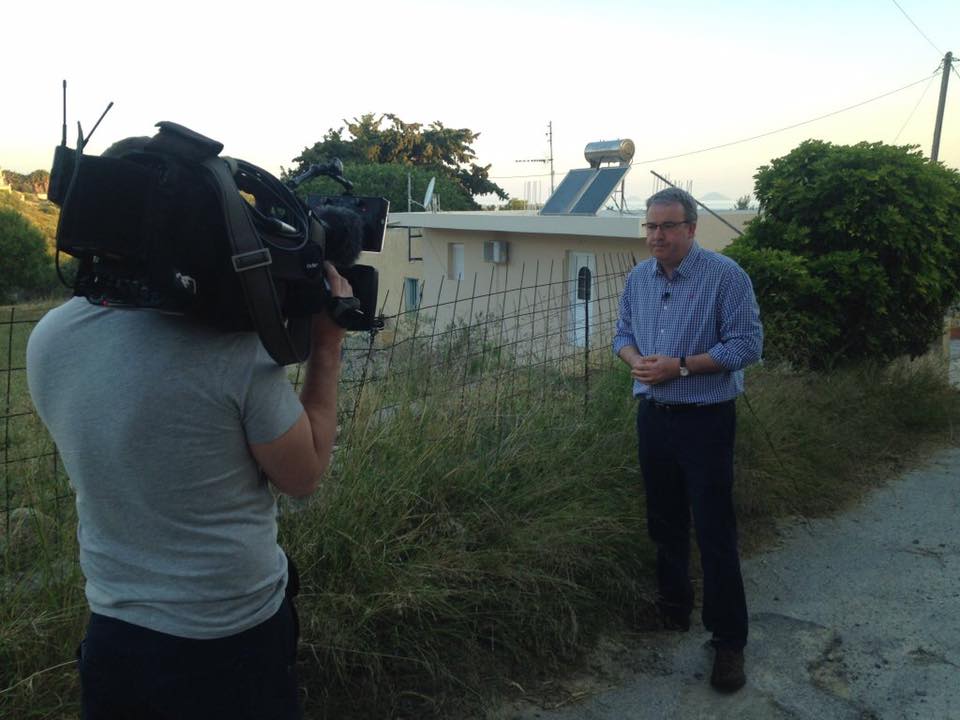 They arrived on the Greek island yesterday ahead of 10 British Police Officers, due Tuesday, who will be investigating ‘as if from scratch’. Detective Inspector Jon Cousins says he would like to remove the “myth and legend” surrounding this case and has already spoken on air to the Calendar News team – the first live broadcasts from the Needham’s Kos farmhouse residence appearing on Good Morning Britain this morning.

Ben’s Mum, Kerry, has been quoted in a Mirror article saying:  “I’m overjoyed that after all these years the Greek police are allowing British police to investigate.  I believe someone in Kos knows the answer. I just hope they end my nightmare.  I really feel Ben is alive and that someone in Greece knows where he is.  Like the police, I would appeal to the people of Kos to help end my pain.”

In January 2015 the Home Office awarded £700,000 to continue the hunt for Ben, and this will enable the officers to continue investigations until October this year; while in Kos they intend to interview witnesses and follow leads that have already been uncovered.

This visit follows an internet appeal by DI Cousins to Kos’ expat community, and Kerry further urges witnesses to come forward stating: “They have nothing to fear from us. I just want to know what happened to my son.”

To find out the latest from Kos make sure you watch ITV Yorkshire’s Calendar news all this week, follow their news feed or visit our Twitter feed for the most current updates.

We would like to wish the team the very best of luck, and hope for positive results for Kerry and all Ben’s family.